Heading Home is a platformer where you play as the head of an otherwise broken robot, crashed on a foreign planet. To find your way home, you’ll have to use some gadgets left behind to traverse the environment.

The player uses these gadgets by launching them onto any surface, upon landing they stick to the surface and activate, allowing them to utilize the environment in different ways.

For Heading Home, I was the lead scripter as well as lead designer and handled most of the scripting and design on the character and its abilities.

With Heading Home, the main goal was to allow the player to utilize the environment. We came up with the idea of having a character that has naturally limited mobility, so that they would have to use the environment and tools to move around.

As a result, the game has tools that give the player more mobility and that can be used anywhere, allowing them to explore & move around more freely. 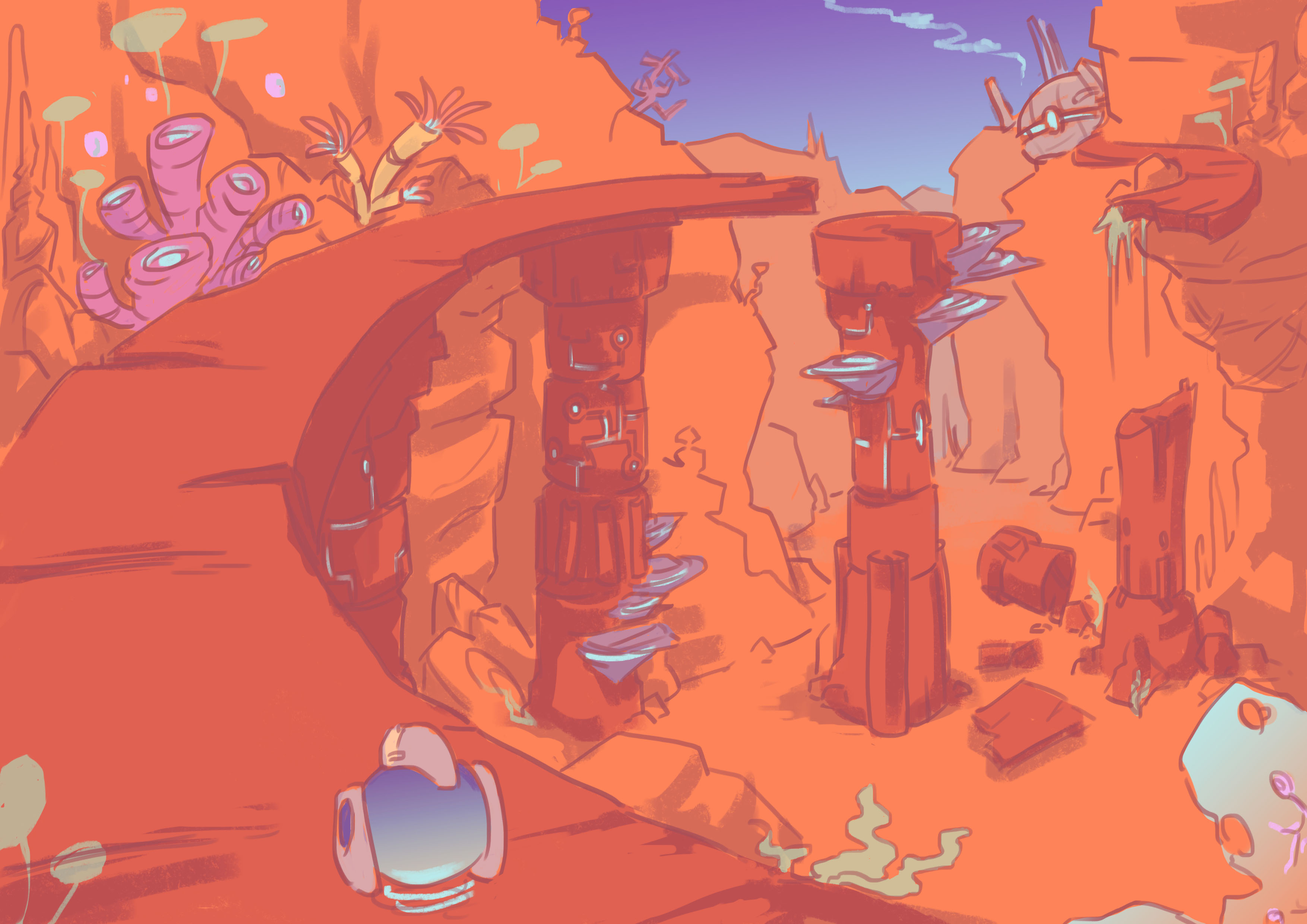 In Heading Home, the main idea was to be able to use the environment in different ways using different tools. The bounce pad was the first tool that we designed.

We wanted the bounce pad to be able to be used even on angled surfaces, to allow them to utilize the environment more. To accomplish this, the pad gives an extra boost upwards if it is attached to a vertical surface. This makes it so that the player isn’t immediately flung into the ground and encourages them to utilize it on surfaces that are tilted in any angle

We decided early on that we wanted a gadget the pulls the player towards it, the magnet beam ended up being this. When this gadget attaches to a surface, it emits a beam which drags the player towards the gadget itself. The beam’s direction is based on the surface where the gadget lands, allowing the player to utilize the angles of the environment in interesting ways.

The gadget allows the player to reach surfaces where the bounce pad alone isn’t enough, allowing them to go further in one direction or changing direction while in mid-air.

The magnet works by finding the nearest point on a line relative to the player’s current position and pulling the player towards it, the line being represented by the magnet emitter’s up vector. The player is pulled faster the farther they are from the point, grabbing them harder when they touch the edge of the beam and making them relatively stable when they are in the middle of it. While this is happening, the player is also pulled towards the gadget itself.